Picassos on The Joint 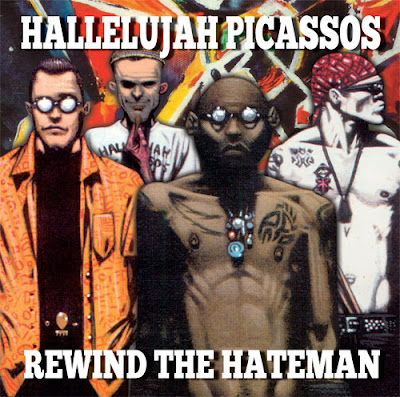 "... First time I ever heard the Hallelujah Picassos was in 1989 on UFM (formerly Radio U and now RDU) with their track “Clap your hands”. Loved it so much I went out and bought the Pagan Records “Positive Vibrations” compilation.

At the time, with a lyric like “…clap your hands for Jesus…” I did wonder if they were a Christian band trying to put the “fun” back into “Christian Fundamentalism”, but a closer listen to the lyrics revealed that they probably weren’t.

The Hallelujah Picassos were active from 1988 through to 1996, and like contemporaries Salmonella Dub, Supergroove, and Head Like A Hole amongst others, brought some much needed colour to the local music scene.

I loved the Picassos because they crossed genres (garage, pop, reggae, dub), could be light and dark, and sounded like they were having a blast.

Email ThisBlogThis!Share to TwitterShare to FacebookShare to Pinterest
Labels: The Joint