It's out now! The new Hallelujah Picassos single Salvadore is on Bandcamp, name your price. For a free copy, just enter '0' - we'd like your email address tho, so we can keep you up to date with our plans and future releases. Go have a listen!

Posted by Peter McLennan at 8:58 AM No comments:

Email ThisBlogThis!Share to TwitterShare to FacebookShare to Pinterest
Labels: Salvadore 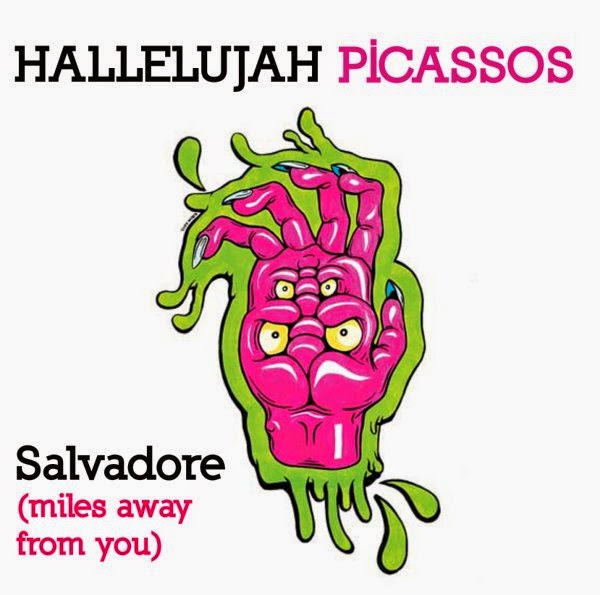 Salvadore - New song from Hallelujah Picassos, and it's free! Out July 29

The insanely catchy new single Salvadore (Miles Away From You) represents Hallelujah Picassos first new recording from the recently reunited lineup. The band’s legendary frontman, Roland Rorschach says the song is “A pensive, wistful tale describing a period between defeat and triumph.“

The band came together in 2012 to follow up on their reissues (Rewind The Hateman, Picasso Core Jukebox) with a handful of live shows with the likes of Drab Doo Riffs, Bloodbags, and Labretta Suede and the Motel 6.

The lads enjoyed playing together again immensely, so they continued on their merry way, blasting through old tunes and mixing up some new gems. This is the first fruits of their labours. Their last recorded outing was 18 years ago. It’s been a minute.

Salvadore (Miles Away From You) is a jaunty pop ditty, with a melancholy vocal and skiffle drum shuffle bouncing along over electronic beats, and some fruity skanking guitar chops over the top. Soak it up! Best feedback so far - “It sounds like nothing you guys have done before, but it definitely sounds like the Picassos.”

The current lineup of the band features the original members – Roland on vocals, Bobbylon on drums and vocals, Peter McLennan on guitars, with Darryn Harkness on bass (Loud Ghost / New Telepathics / Braintree), and original bass player John Pain, shifting to keyboards – his original instrument before joining the Picassos.

Salvadore (Miles Away From You) is available via Bandcamp as a free download, and serves as a taster for an EP of more new recordings the band plan to release in mid September.

The song was recorded and produced by John Pain and Hallelujah Picassos at the Institute for Telepathic Research, and mastered by Angus McNaughton. Cover art image by Erin Forsyth. Released on Loopy Fruit Recordings, July 29, 2014.
Posted by Peter McLennan at 2:37 PM No comments: