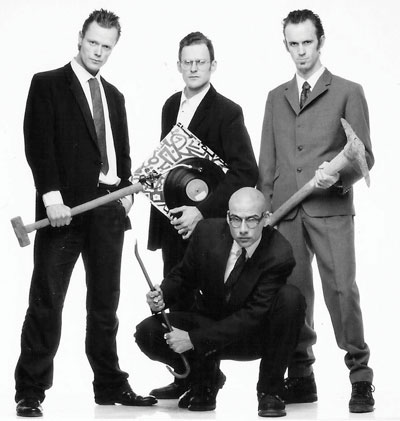 The initial lineup formed around Roland Rorschach and Peter McLennan (as The Rattlesnakes) in 1988. They were joined by a drummer named Chris, but he disappeared. We eventually discovered he was in jail.

Roland met Bobbylon at DKD Cafe, where Roland worked, and convinced him to try out on drums. Patrick Brunton joined on bass a while later. He was replaced by an old school friend of Roland's, Tony de Raad (who now plays in David Kilgour and the Heavy Eights). Around this time we changed out name to Hallelujah Picassos.

Tony played on our first release as Hallelujah Picassos, Taxi Driver (a 14 song cassette release, from late 1989). He departed after that, and we found Johnnie Pain. This solidified the lineup that was known as "The Four-headed Beast". 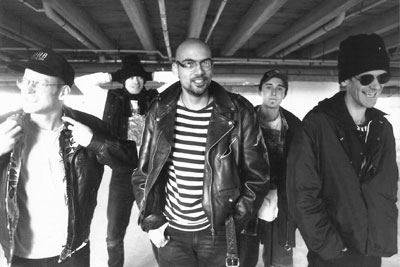 In 1994, Gavin Downie aka Gavaroonie (ex-Colony) joined the band. Peter and Johnnie left the band at the end of 95, citing "spiritual reasons."

The remaining members shuffled instruments and recruited new members, but only managed a few shows before splitting. They released one recording from that last lineup.

Read more of their history here.