Here is the second song to be released this year by alt/indie cult band Hallelujah Picassos, titled "Brothers and Sisters (there’s more than blood that binds us)".

It was inspired by the research of Ralph and Coop of USC Dornsife that shows that all people living now share a common ancestor that only lived about 100-150 generations ago (or 3,400 years).

It's a smoking cauldron of thumping ritual and hypno vox invocation, conjuring and celebrating the brotherhood, the sisterhood, the people hood, in menacing times like these.

We'll be playing it next Friday June 24 at the amazing 1:12 Records Matariki event at Whammy Bar, which is FREE!

Posted by Peter McLennan at 8:45 PM No comments:

Alt/indie cult band Hallelujah Picassos are pleased to present their latest addition to their enigmatic oeuvre. It's a composition titled ‘Glorious Hallelujah (a Hymn for a Secular Congregation)’.

This single marks the recording debut for newest member Drew McCormack (The Nuggiez), who has been part of our live show for the past couple of years.

With Hallelujah in their band name and having done a song with the last half of their HPs name (BSPC) aka' Picasso Core', 'Glorious Hallelujah' becomes it's natural companion track, adding further Spiritual Mysticism to HPs mythic chronicles and narrative milieu, showing their aesthetic depth.

Thus we have Roland the Arcane Esoteric Priest, and Harmonic Druids Peter, Darren and Drew enticing the listener to join in and sing along with this work.

This is the first song since their album ‘Voices of Exuberant Hellhounds’ (1:12 Records) from 2019 and the start of the next phase for the band, with more releases scheduled for this year.

Find it at https://hallelujahpicassos.bandcamp.com
Posted by Peter McLennan at 8:00 AM No comments:

Email ThisBlogThis!Share to TwitterShare to FacebookShare to Pinterest
Labels: The Nuggiez 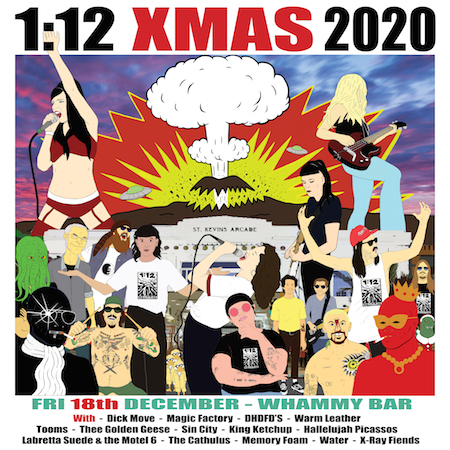 Posted by Peter McLennan at 8:13 PM No comments:

1:12 PARTY; a compilation of 14 tracks from Auckland’s most exciting DIY bands and artists 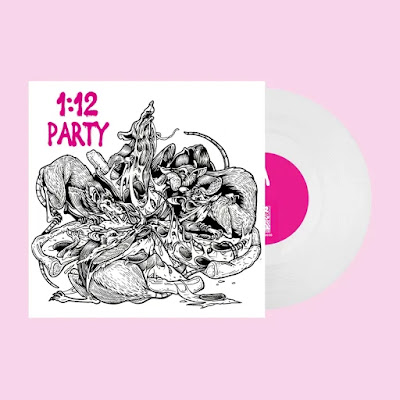 Tāmaki Makaurau’s 1:12 Records is proud to introduce their latest vinyl concoction, 1:12 PARTY; a compilation of 14 tracks from Auckland’s most exciting DIY bands and artists.

Originally curated for the [since cancelled] Record Store Day 2020 in April, 1:12 Records asked their current and future/favourite artists to contribute one song for this special project. The compilation features an all-star line-up of Thee Golden Geese, CINDY, The Cavemen, King Kaiju, Labretta Suede and The Motel 6, Na Noise, Vincent H.L, Dick Move, Bloodbags, Tooms, Hallelujah Picassos, Echo Ohs, King Ketchup and Magic Factory. All album artwork was done by Erin Forsyth and the album was pressed locally at Holiday Records.

Available strictly on clear vinyl LP from 20 June, 2020 -- just in time to kick-off your first Level 1 house party. Get it from Flying Out

Posted by Peter McLennan at 7:47 PM No comments:

Email ThisBlogThis!Share to TwitterShare to FacebookShare to Pinterest
Labels: 1:12 Records 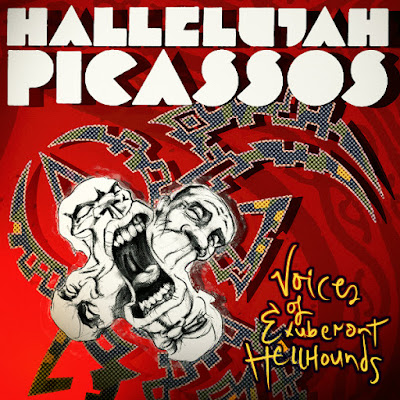 Following their reissues in 2011/2012, Hallelujah Picassos returned to the live scene, playing a handful of shows with the likes of Drab Doo Riffs, Bloodbags. Loud Ghost, and Labretta Suede and the Motel 6. The band continued onwards, writing some new music. After a series of singles, the fruits of their labours have finally come together on this LP.

Here then is proudly presented Voices of Exuberant Hellhounds, another chapter in the gospel of Hallelujah Picassos, building their own mythology.

Songs are inspired by Hymns, Psalms, Chants and Mantras with a secular perspective slant and inspiration from certain styles, woven into a twisted narrative with one constant: Rorschach’s melancholic vocals.

We have tunes about the Peasants from a Bruegel painting, the sculptures of Xavier Messerschmitt, immigration, and bankers.

The album is another example of Interpretive Expressionistic Variationism and should be seen as body of work with dramatically interconnected songs - the aim is to show the album as whole body of work rather than individual songs, with a continuity and a common denominator. Even though they sound different, they are tied together to create a narrative.

The album features the last recordings from the band’s drummer Bobbylon, who passed away in May 2018. The album is dedicated to him.

The band will be playing electronic versions of the album at the release party at Whammy Bar on June 14th. Albums, t-shirts and other items will be available for sale.​

The album comes with a free digital download that includes 4 extra bonus tracks.


Released on June 14 2019, on 1:12 Records on vinyl, digital via Loopy Fruit at https://hallelujahpicassos.bandcamp.com/

Preorder available from Flying Out.

1 Cracked salvation
2 Salvadore (miles away from you)
3 Hang all bankers / Dirty suits
4 Ghandi (Father of the nation)
5 Black spade Picasso core (community mix)
6 Happy smile (naive in joy)
7 Gimme heat (musings of an autocrat)
8 Bullet chant
9 Welcome mat for a Stranger
10 Fire sandpaper face
11 Voices of One
Posted by Peter McLennan at 9:58 AM No comments: 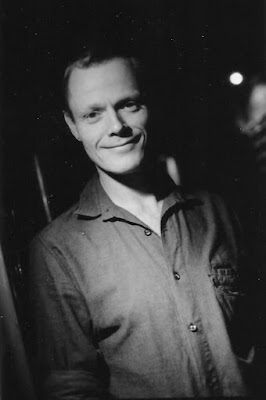 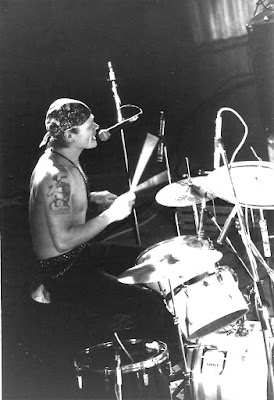 New single for summer, out Dec 5

The Picassos return from their studio hibernation with a brand new ditty, just in time for summer. Happy Smile (Naive In Joy) is a gentle, lilting, guitar and keys take on alt/indie pop.

The song is inspired by The Peasant Dance, a work by the Dutch painter Bruegel. In this case, the Picassos are minstrels and troubadours meandering thru the landscape of the painting.


This tune follows on from their most recent EP release, Bullet That Breaks The Key, and single Dirty Suits, and is the latest step in the journey towards a new album for the ensemble, due out next year.

Happy Smile was recorded at Tone Exchange, engineered by Darryn Patterson Harkness, and written and produced by Hallelujah Picassos. Mastered by Angus McNaughton at Auralux. Released on Loopy Fruit Recordings, 2017. Cat no PCORP008.
Released via digital on December 5, 2017
Posted by Peter McLennan at 8:41 PM No comments: